A drum for the Wise Child 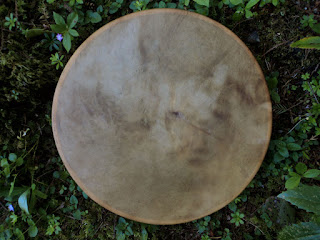 This new drum from the Journey Oracle comes with quite a story.  As I worked on the hide it became known to me as the "wise child" because the hide is very thin and small with only one deep scratch on the otherwise unblemished surface. 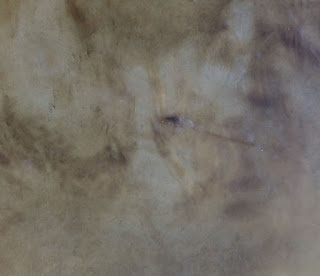 A young deer without physical scars or a thick skin from a long life. Yet the skin is deeply patterned and marked with shapes and shadows--like oracle cards of stories waiting to be told. 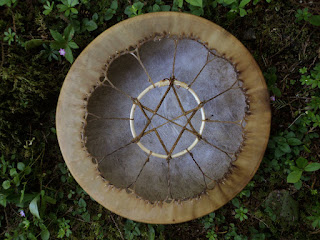 I tied the back with the interlacement pattern of the magic hexagram. 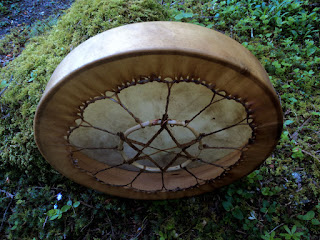 The hexagram was popular with medieval magicians.  However, its usual form consisted of two triangles that were interlaced but entirely separate from each other. 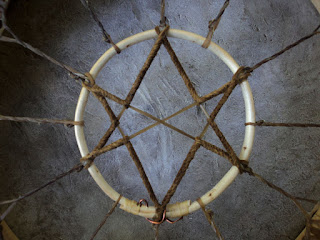 This version of the six-sided hexagram is tied in such a way that the thong makes an unbroken line, which means that no negative energies can stick because there are no knots, or "gates," through which spiritual dangers can enter. 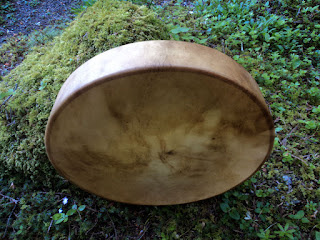 Some drums do not ask to be painted because the surface of the skin is already so marked with flickering images. 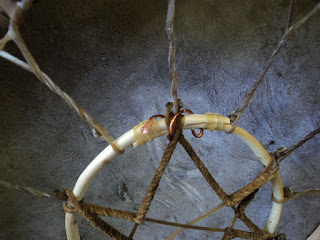 To choose one would be to diminish all the others that are also speaking.  Like only letting one voice be heard in a story-telling circle of wise children.

To purchase this drum, go to my Etsy webstore.

Posted by Kristen Scholfield-Sweet at 8:46 PM