How to hold a drum 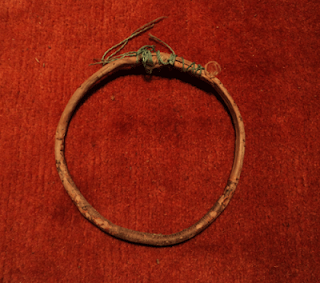 How to hold a drum?  This was an important question when I first became a drum maker since I understood that the fastening at the drum back was in fact the drum maker's signature.  My inspiration was this cedar withe found in an old style lobster trap in Nova Scotia, when I was first thinking about making a drum. 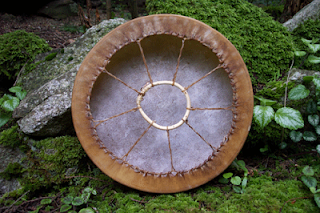 The ring became my signature for many years, until I noticed that the space inside the ring is like a bead.  I learned from Martin Prechtel that a bead is really the hole and not the material surrounding it to show its shape and size.  So what to do with the hole that is a bead? 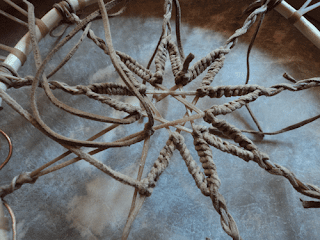 Fill it with something magical. 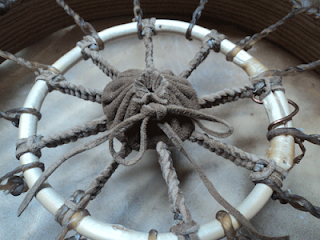 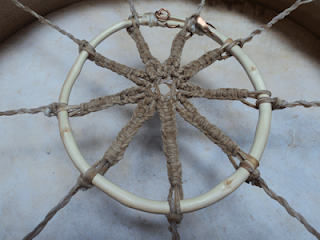 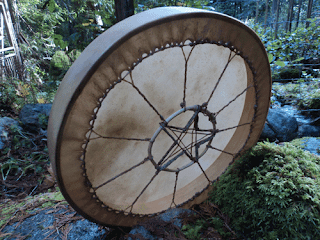 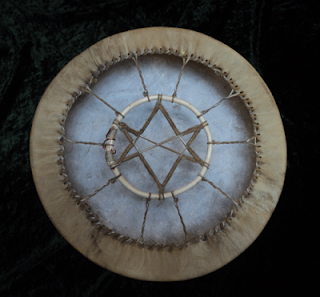 Every space is an Oracle of potential meaning, and its journey is never-ending.
Even the simplest thing ends up involving the Universe. Posted by Kristen Scholfield-Sweet at 12:10 PM